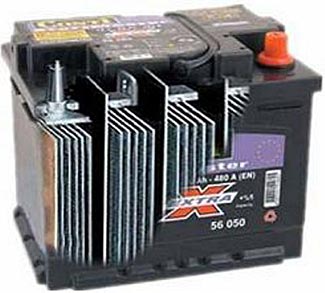 A cutaway view of a typical lead-acid battery.

This is the second part of a four-part article series about how to store electricity (better thought of as storing energy rather than electricity per se).  If you arrived directly here from a link or search engine, you might wish to start from the first part of the series here, then read on sequentially through this article and the balance of the series.

Lead-acid batteries use a technology that has been around since the mid 1800s.  The relatively recent Lithium-ion technology is showing some signs of promise as a possible replacement to lead-acid, but that is still a way off, and for now, for our purposes, lead-acid batteries, while far from innovative, remain probably the best general purpose way to store electricity in circumstances that typical preppers are likely to encounter.

They also have a surprisingly complex series of requirements for how to charge and maintain them so as to get the optimum life out of the batteries – to prolong the amount of electricity they will store, to maximize the number of charge/discharge cycles they can withstand, and to protect against sudden failure.  For optimum use, it is important to be sensitive to many aspects of their care and conditioning that we never consider with our car battery – and the proof of the need to look after our storage batteries should be evident when you consider how quickly car batteries fail!

Lead-acid batteries fall within three general families when it comes to how they are made.  The oldest technology is the ‘wet’ or flooded type battery, then there are gelled batteries and AGM (Absorbed Glass Mat) batteries.  Flooded batteries typically have removable caps and you should occasionally check the level of the liquid inside the cells, adding distilled water as necessary, although some now have ‘fully sealed’ cells (which actually aren’t fully sealed).  AGM and gel batteries are always sealed and in theory need no maintenance.

Some people view gel cells as a transitional technology and suggest you avoid them, preferring either AGM or wet cells.  Gel cells require different charging procedures and voltages than regular and AGM batteries, and are more prone to degradation or failure if not treated optimally.  AGM cells are very low maintenance, but more expensive for the same amount of capacity as wet cells.

The most common measure of a battery’s storage capacity is how many amp-hours of charge it can give.  However, it is important to appreciate that the amp-hour capacity of a battery is dependent on how fast it is being discharged.  The slower the rate of discharge, the more total charge the battery will give you.  For example, a battery that is discharged evenly over 20 hours will typically give 10% less charge than a battery discharged over 100 hours.  A battery that is discharge over 8 hours will typically give almost 20% less charge than one discharged over 20 hours.

Our point is that it is important to understand whether a battery’s capacity is being measured on the basis of a 100, 20 or 8 hour discharge rate.

The lead-acid battery that most people are most familiar with is a car starting battery.  This is designed to store a small amount of charge which can be provided at a very high rate of current for a short period of time, for the purpose of starting the engine.

It has a secondary purpose to power the car’s various electrical loads for a moderately short amount of time while the vehicle is stopped and the engine switched off.

Don’t use car batteries as storage batteries.  They are not designed for deep discharging and don’t last long.

No lead-acid battery should be fully discharged before recharging it again.  The greater the amount of discharge before recharging, the more the battery is stressed and the shorter its future life will be, in terms of additional charge/discharge cycles and capacity of charge that can be stored per cycle.

Deep cycle batteries are designed to allow for the greatest amount of charge depletion per cycle.  Typically these types of batteries (sometimes referred to as ‘golf cart’ or even as ‘forklift’ batteries) are designed to give up perhaps 70% of their capacity per discharge without suffering any severe consequences.  Some batteries allow for an 80% discharge, but it is probably better to go easy on them and not go all the way down to 80%.

Depending on the exact battery design, discharging to 50% is considered the ideal compromise, and you should avoid discharging beyond about 70% of capacity.

You can measure the state of charge of a battery either by testing the specific gravity of its liquid, or by testing the voltage it puts out.  The specific gravity measurement is slightly more accurate, but with so many batteries either sealed or AGM, these days most people use voltage readings as a measure of charge instead.  The voltage steadily declines as the battery discharges, starting from 12.6V when fully charged.  Am offload reading of 12.3V shows about a 50% charge, and a 12V reading (offload) more or less corresponds to a 75% discharged state.

Battery life also depends on other factors such as even ambient temperature (cooler is better than warmer).

Modern batteries such as these or these claim to give up to 2000 or so cycles, with discharge all the way to 80% each time.  That’s almost six years of daily discharging (or twelve if two-daily discharging, and so on for extended cycles).

In terms of actual elapsed time, these types of batteries seem to be talking of lifetimes in the 10 – 20 year range, if the number of cycles isn’t exceeded in a sooner time frame.  That’s starting to become a viable life.

If you are building a high-capacity battery, there are several ways to do this to best effect.

The first is not to use a 6V or 12V based system.  Increase your voltage (by connecting batteries in series) to 24V or 48V.  This has several benefits, including reducing the electrical losses through your wiring and/or reducing the need for ridiculously oversized wiring to carry your battery current.

For this reason, it is always important to match batteries with like batteries, whether connecting in parallel or serial – batteries of similar capacity and similar state of life.

It is best to arrange for each individual battery in your battery array to be of as large a capacity as possible.

Beyond that, rather than to create one huge battery with maybe six individual batteries paralleled together, it is much better to create two three battery units, or even three battery units, each with two paralleled batteries.  That means you can better rotate your batteries in and out of service, alternately charging and discharging each battery in sequence, and stretching out the overall life of all the batteries.

Please now click on to read part three of this series, ‘Other Energy Storage Methods‘, and then continue on to part four ‘Strategies to Reduce Your Need to Store Electricity‘.  If you’ve not yet done so, you might wish to also read the first part of the series, ‘Storing Electricity‘.

We also have other articles on the general topic of Energy.