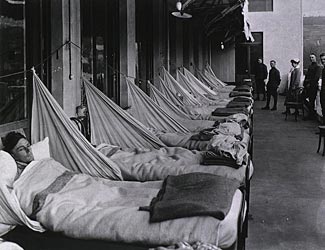 You probably know that these days few retail stores maintain much inventory, and neither also do the wholesalers and distributors or even the original manufacturers (who also don’t keep much inventory of raw materials, either).

This was most recently shown in an unexpected form – the surge in demand for firearms and ammunition subsequent to the Sandy Hook school shooting on 14 December.  As of today, six weeks later, most firearms and ammunition remains either unavailable or only available in very limited quantities, and at prices that have more than doubled compared to what they were on 13 December.

Even though you can surely bet that the manufacturers are scrambling to increase production as much as possible, and even though it is six weeks since the Sandy Hook shooting, and even though surely a lot of the demand for guns and ammo has already been soaked up in the first six weeks, everything remains somewhere between scarce and totally unavailable, and the prices remain ridiculously sky-high.

We also see this on a regional basis, too.  A power outage – or sometimes even simply the threat of a likely one in the future – is enough to cause the disappearance of generators from store shelves, for example.  Or, in another form, currently (at least here in the Pacific Northwest) bad weather in some parts of the country have resulted in vegetable shortages.  Broccoli that used to sell for about $1.40/lb for the heads at our local supermarket is now selling for $3/lb, and there’s a lot more stalk on the ‘heads’ than there used to be, too.  A nicely printed notice explains that cold weather has affected the broccoli crop.

The ‘more efficient’ practices that are being universally adopted in every facet of commerce only work as long as nothing occurs to upset the projected smooth lines for demand and supply, and the very narrow range of values/variables where supply can adjust to reflect chances in demand.  As soon as something happens to upset the demand projections, the supply process struggles to adapt.

This doesn’t matter too much when it simply means that the price of broccoli more than doubles, so as to encourage people to stop eating broccoli and switch to frozen peas instead.  Even the disappearance of most guns and ammo from retailers is hopefully not a life and death matter for most people.  But what about when something truly is a life and death matter – when a medical emergency occurs?

The Problem :  A Lack of Surge Capacity for Medical Emergencies

When any sort of biological event occurs, the flipside of the problem becomes the lack of ‘surge capacity’ in our hospitals.  These days, even the annual flu seasons can be enough to overwhelm medical resources – for example, this article reports on some hospitals being overwhelmed with flu patients and having to turn people away and (on page two of the article) how Boston declared a health emergency, due to there being 700 confirmed cases of the flu.

Now just think about that.  The article doesn’t indicate over what period of time these 700 cases of flu occurred, but if we consider that the flu usually affects a person for less than a week, and if we say that maybe the flu outbreak started in early December, then the 10 January article might imply perhaps a worst case of 250 flu cases a week, not all of which resulted in the victim being hospitalized.

The population of the greater Boston area is 4.5 million, and of the central Boston city area alone is about 670,000.  To have 250 flu cases – not all requiring hospitalization – is surely a teeny tiny blip in the overall health statistics of either the central city or the larger metroplex, but is apparently enough to trigger a medical emergency.

Now think about what would happen if 5% of the population were simultaneously afflicted by a serious disease that did require hospitalization.  That’s far from impossible.  It might be the result of a bio-weapon attack on the US by a hostile power, or it might be simply the result of a new mutation of the flu or other virus that becomes more virulent and more readily communicated from person to person.  The famous Spanish flu outbreak of 1918-1919 saw, in total, 25% of the US population infected (and a 2.5% death rate).

Let’s continue to use Boston as an example.  It is neither unusually better nor worse than any other city/region in the country, and seeing as how we started with a Boston example above, let’s continue with Boston into this future projection.

In the case of Boston, a 5% infection rate would be 225,000 people, and in the central city, about 33,500 people.  If something as ordinary and predictable as the annual flu season, with 250 people all affected at the same time, is enough to trigger a medical emergency, what would happen when the 250 people increases not by ten-fold, but by 100 fold or even by 1,000 fold?

To view this from another perspective, the ratio of hospital beds to population is currently at a level of about 2.5 beds per 1,000 of population, as a national average, and even though we have an aging population, this ratio is declining significantly (it has dropped 13% in the last decade, as can be seen in this article).

So, continuing the Boston example, and assuming they have close to the national average ratio for hospital beds, the greater Boston region probably has about 11,250 beds in total.  That sounds like a lot, but compare that to 225,000 people all afflicted with a disease at the same time.  That’s one bed per 20 patients.

There’s more.  First, those hospital beds aren’t empty and waiting for sudden unexpected patients.  Most of them are full with ‘normal’ patients that come and go all the time.  The number of empty beds available for unexpected extra medical requirements is massively less.  That’s just guess that, by rescheduling some elective and non-urgent surgeries and other procedures, hospitals could free up half their beds.  So we have half of 11,250 beds for 225,000 people – one bed per 40 patients.

Second, it is a truism that many doctors and nurses are already overworked.  Even if hospitals could surge to beyond 100% capacity for accepting patients, where would the extra staff come from to care for and treat these extra patients?

Don’t forget – the doctors and nurses will be as likely to be victims of the epidemic as any other sector of the population, so there might be fewer of them available due to some percentage being afflicted by the illness too.

Third, what about medicines, equipment, and other related supplies?  The country has been in the grip of a largely under-reported shortage of an increasing number of medicines for several years already – for example, look at this FDA list of medicines currently known to be in short supply.  What happens if suddenly the demand for medicines skyrockets ten or twenty-fold (or, more likely, one hundred fold or more)?  Where will these medicines come from?  The answer – nowhere.  What say the care and recovery process involves blood transfusions?  Blood banks never have an abundance of additional blood – where will that all come from, too?

That is without even thinking about the astonishing fact that at present, medical science is losing the battle against bacteria.  Our compulsive over-use of antibiotics is causing most bacteria to evolve into resistant strains more quickly than we can develop new antibiotic agents.

And what about all the equipment needed to monitor patients?  It is easy enough to quickly add extra beds and to place them anywhere space exists in hospital wards, but what about the patient monitoring equipment?  Drips – and drip holders.  Even such mundane things as needles – how much spare inventory of needles do hospitals keep on hand?

It is wonderful that for most ailments these days, we can be in and out of hospital in only a few days, whereas just a few decades ago, we’d have been spending a similar number of weeks.  But this has caused a massive reduction in the number of hospital beds as a percentage of the population, and has reduced the ability of hospitals to accept a sudden surge in patients as a result of some type of medical emergency.

We’re not only lacking in spare ‘surge’ capacity for hospital beds.  Adding new beds into existing hospital rooms and even into corridors is simple.  But we lack the related medical equipment to support each of those new patients, we lack the trained staff to care for them, and we either already have shortages or will quickly run out of medications and even such trivial things as bandages and other assorted hospital supplies.

A prepper community is less at risk and can better respond to epidemics due to the reduced population density in the community to start with and the ability to cut down or even eliminate social contact within the community for a period of time.  But a prepper community should also ensure it has sufficient basic healthcare/nursing facilities and equipment to handle a demand surge in the event of unexpected medical emergencies.