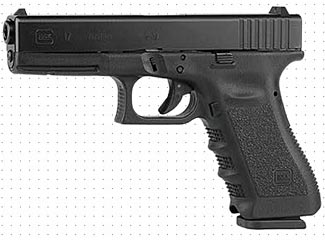 Is the Glock 17 the perfect prepper pistol? Read this four part series and decide for yourself?

This is the first part of a four-part article series on choosing the ideal prepper pistol.  After you’re read this first part, please do choose to click on to part two – Four More Selection Criteria to Choose the Ideal Pistol; part three – Caliber Issues When Choosing Your Pistol; and part four – Less Important Issues, and an Ideal Pistol Recommendation.  Yes – we finally get around to suggesting an ideal pistol at the end of the fourth part of the series.

Is there such a thing as an ‘ideal’ pistol for preppers?

Many people think so, and at times vociferously express their opinions, but notwithstanding the apparent certainty with which some people answer the question, there is no clear consensus as to the ideal or best pistol for anything.  Different situations require different pistols – that’s part of the reason why there are so many different shapes and sizes of pistols offered for sale.

Choosing an ideal pistol is never easy, because any and all pistol designs are creatures of compromise.  No pistol offers the accuracy or stopping power that would be ideal, and all pistols have to wrestle with trade-offs such as size and weight.

So let’s look at the major issues that need to be considered when choosing a prepper pistol.  We’ve come up with a dozen issues, and have ranked them in our suggested order of importance (as it relates to a prepping perspective).  Certainly the issues should be ranked in different orders for different applications, and if you wish to change our order of ranking even for choosing an ideal prepper pistol, feel free to do so as you wish.

For preppers, considering an uncertain future with the possibility of an extended time period of no external support – a scenario where ‘what you’ve got is all you’ve got’, we suggest the most important considerations are longevity, ease of maintenance, and reliability.

At the other end of the scale, we suggest the least important consideration is price.

You’re wanting a pistol that can be used for years and years, and for tens of thousands of rounds.  Even if you never shoot more than a thousand rounds through the gun, and those all in a training situation on a range, you still want a gun that is a long-lived as possible, because WTSHTF you’ve no way of knowing when or if you’ll ever be able to get more spares for it.

In a Level 3 situation, it might be a very long time before you can buy a replacement pistol if the one you have on hand fails, so you want a pistol that has as long a useful life as possible.

In its ultimate sense, a pistol is like an axe.  As you know, an axe is something that will last forever – sure, you occasionally need to replace the handle and sometimes the axe head/blade, but the ‘axe’ lasts forever.  It is the same with a pistol – in theory you could replace every component as and when each part wears out, and one hundred years later still have the ‘same’ pistol, albeit with no remaining original parts and a new serial number on a new frame.  When we talk about longevity we mean the length of time each of the components will operate before failing or becoming unreliable.

For example, some springs are limited to only a few thousand cycles before needing replacement.  Others are good for more than ten thousand cycles.  Some frames are known to crack after only a limited number of full power or over-power rounds are fired, others last for very much longer.

Some traditionalists still insist on disparaging polymer framed pistols.  Maybe some ‘plastic’ guns might have had shorter lives than metal guns in the past, but these days, there is no indication at all that a high quality polymer framed pistol such as a Glock (which still has a metal slide, barrel and other stressed moving parts) has any shorter a life than any type of metal constructed pistol.  If anything, the polymer seems to be at least as reliable and sometimes better than metal, which might crack or stretch or rust.

There is a difference between longevity and ease of maintenance and reliability.  A long-lived gun is not necessarily more reliable than a shorter lived gun, and may actually be harder to maintain, although generally a long-lived gun is also reliable and because of its ‘fault tolerant’ design, easy to maintain as well.  These other two factors high priority factors need to be balanced out, but we suggest the most important feature, but only by a whisker, is longevity, although for sure the reliability issue is terribly important when you actually need to rely on the gun to function.

In theory, anyone can ‘field strip’ a pistol because, by definition, field stripping is designed to be done, anywhere, by a gun owner/user, rather than by an armorer with special skills, and without requiring special tools either; indeed, most pistols can be field stripped with no tools at all (although sometimes you might need to use a bullet or other sure-to-be-on-hand improvised tool).

When we refer to maintenance we don’t mean field stripping.  We mean the ability to fully strip the pistol down to its 30+ individual pieces, all separated from each other – oh yes, and the ability to put it all back together again, fully functional, and with no mysterious pieces still remaining on the bench at the end of the procedure!

A related part of maintenance is the ability to troubleshoot problems.  If a pistol is ‘misbehaving’ it is important to first be able to understand what is causing the problem before, secondly, resolving the problem.

You should get an armorer’s type manual for whatever pistol you choose, and if possible, attend a class in how to fully strip, repair, and rebuild the pistol.  At the very least, search out some Youtube videos and disassemble and reassemble the pistol so you know you can.

You should also get a full set of spare parts for your pistol, and two or more of any items that wear at an accelerated rate.  Sometimes you can find suppliers that will sell a complete kit of commonly needed consumable items for a firearm – but if you buy one of these, don’t rely on it containing everything you need.  These kits can sometimes include all the cheap parts, so as to create an impressive long list of included items at an appealing low price, but they omit the more expensive but equally prone to failure parts.  Use such kits as a start towards assembling a full set of spares, but don’t consider them all you will need.

There comes a point though where it may be cheaper to simply buy a second pistol – and that’s a perfectly valid option too.

Beware of some firearm manufacturers who restrict the sale of some components to only certified dealers/armorers.  In part this is a cowardly avoidance of probably non-existent liability – their lawyers have told them that if an ‘ordinary person’ tries to do work on their pistol and makes a mistake that results in a pistol malfunction (either discharging when it shouldn’t, or not discharging when it should – both are bad!) then the gun manufacturer/part supplier might be sued.  So the gun manufacturer simply restricts the sale of such items to only certified professional gunsmiths.

What use to you, longer term, is any firearm that you don’t have a full set of spares for?  As soon as one of the items you don’t have a spare for fails, it becomes a paperweight (or, at least, a source of spares for other similar guns you might own).  And Murphy’s Law – which will be working overtime after TEOTWAWKI – almost mandates that any parts that fail will be parts you don’t have.

That issue also touches on the value in standardizing the weapons used among the members of your group.  If you all use the same weapons, that means any of you are immediately able to competently use someone else’s weapon, and you need a smaller inventory of spare parts.  This is an important topic we’ll write separately about on a future occasion.

Make sure, the first time (and, ideally, every time) you fully strip and reassemble any firearm that you either have a knowledgeable friend double-check your work to confirm the pistol has been properly reassembled before then firing it, or at least that you do so yourself.  Many pistols have a standardized set of safety/function checks you can and should do after reassembling it to help you confirm its return to safe operation prior to the first time you test fire it.  The last thing you want is a pistol exploding in your face.

Two sources of materials to teach yourself some gunsmithing capabilities are On-Target Productions (videos and printed manuals) and the American Gunsmithing Institute (a huge range of full teaching programs and videos).

Reliability means that every time you want the gun to go ‘bang’ it will indeed do exactly that, with no jams or malfunctions.  It also means that it will never discharge unexpectedly without your having pulled the trigger yourself.

No gun is 100% reliable, and we include revolvers in that statement.  Some people mistakenly believe that revolvers are 99.999% reliable, and so choose a revolver as being the most reliable pistol possible.

Maybe we’ve just spent too much of our lives shooting firearms, but we’ve seen plenty of revolvers unexpectedly fail in the field.  Pieces work loose, fall off, wear out of spec, or jam.  Parts rust and corrode.  Springs break.  And so on, almost as much for revolvers as for semi-auto pistols.

The reliability of any pistol should be considered under two categories – its ability to function without malfunctions, and its ability to function without jams.  Most people use the terms interchangeably, but strictly speaking, a malfunction is considered to be an easily solved problem that you can fix in a few seconds in the middle of a gunfight (assuming you can spare a few seconds at such a time!), whereas a jam takes the gun out of service until an armorer can take some time and tools to fix it.  A jammed gun in a gunfight is a disaster, a malfunctioning gun is less serious (but still ideally avoided).

It is true that revolvers malfunction appreciably less than semi-autos (ie almost never, ever), but they jam pretty much as often as semi-autos.  Because most people don’t choose to distinguish between jams and malfunctions, they end up mistakenly believing that revolvers are 99.999% reliable both as measured by malfunction rate (a correct assessment) and by jam rate (a very incorrect statement).

In terms of jams, a well maintained semi-auto, and again with a suitable cartridge, should go more than 10,000 rounds between failures (the Beretta M9 exceeds 35,000 rounds before failure), and an occasional strip down, check, maintenance and repair of worn and soon to fail parts will extend that time still further.

Our point here is that a modern reliable semi-auto is so incredibly reliable as to make it as close to the equal of a revolver as makes no practical or measurable difference.

Bottom line?  Don’t just rely on our uncorroborated statements.  Look around you at professional gun carriers/shooters.  What do they have in their holsters?  You can – and should – join almost the entire world’s armies and police forces in trusting your life to a semi-auto.

This is the first part of a four-part article series on choosing the ideal prepper pistol.  After you’re read this first part, please do choose to click on to part two – Four More Selection Criteria to Choose the Ideal Pistol; part three – Caliber Issues When Choosing Your Pistol; and part four – Less Important Issues, and an Ideal Pistol Recommendation.  Yes – we finally get around to suggesting an ideal pistol at the end of the fourth part of the series.